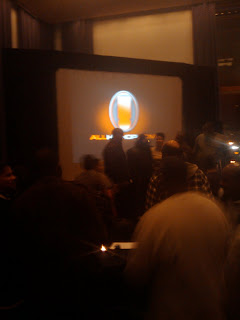 rushing crazy i barely made it to the allhiphop.com social lounge @ the NJPAC. The panel featured Raekwon, Killer Mike, Ras Baraka, and Immortal Technique...Saigon should have been in the building but i think he couldnt make it...anyways last years allhiphop social panel was free and im not gonna lie it was much better than this years panel disscussion because it was alot longer and i was able to get more information to grasp on too...Killer Mike dropped gems as always...it was good listening to Rae talk about the Wu deal. Immortal Technique knows his shit...i would love to have a sit down convo with him about hip hop...despite the how short it way it was still work it for Killer Mike's views alone...they need to step it up next year tho...i dont mind paying 16...ill even pay 20 if it was a long panel discussion.. Internal Quest signing out!